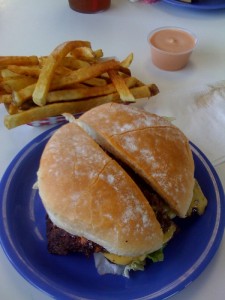 s an interesting place and full of history (a Salt Lake City original since 1959) and you feel it as soon as you walk in.  The cooking of each burger happens behind the scenes and itâ€™s a restaurant full of tables and â€œolderâ€ people that have obviously chosen Hires for nostalgic reasons and less because of quality.  All of the Hires Big H burgers focus on being Big H burgers including the Canadian H, Mushroom H and many others.  I went with the traditional Double Big H Cheeseburger with fries (although their onion rings are highly recommended).  Heres the Hires Big H review:

The service is very interesting at Hireâ€™s.  A lot of assumptions are made that you know what you are doing so if itâ€™s your first time, be ready for a little confusion.  The staff is relatively friendly but itâ€™s not an overwhelming part of the culture as most of the employees were more interested in talking with themselves then with customers.  After sitting down, and grabbing the menu, the first thing I noticed was NO NAPKINS, NO KETCHUP, NO SWEETNER, NO SALT, just menus. Like I said, Hireâ€™s Big H was interesting. 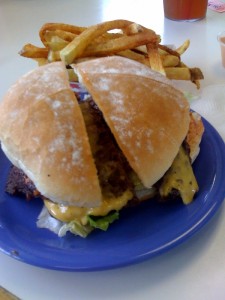 fter getting the food, I had to ask for more fry sauce, more napkins (the two I was presented with just werenâ€™t enough) and ask for ketchup (no ketchup ever).  The burger comes cut in half for easier consumption and that was a nice touch and Iâ€™d have to say that the double cheeseburger is an average burger.  For the price point of $5 for just the burger, it was an underwhelming burger and after leaving the restaurant on Fort Union I passed a Five Guys Burgers & Fries and couldnâ€™t help but think to myself â€œI should have gone thereâ€.

The fries were way better than the burger and are a crispy thicker fry that is delicious with fry sauce (but ask for more because Hireâ€™s likes to keep the condiments hidden).  Overall, Hires Big H is a good place for nostalgia and to say â€œIâ€™ve been thereâ€ but the burger is subpar, especially with a Five Guys just up the street.  I got the famous Big H Root Beer in a chilled mug and it was delicious but refills were hard to come by and the overall experience left me underwhelmed.  Average pretty much sums up the experience. 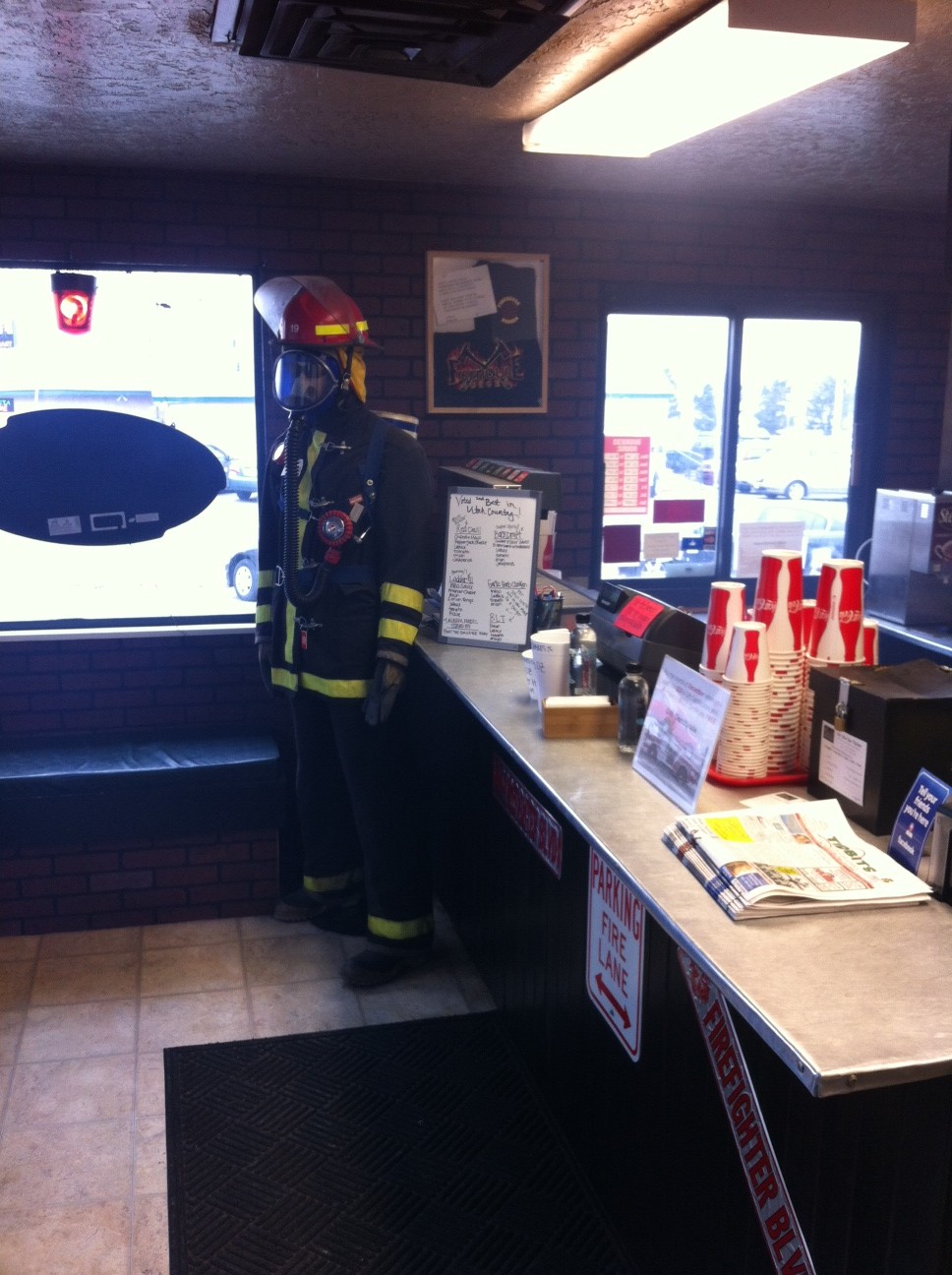 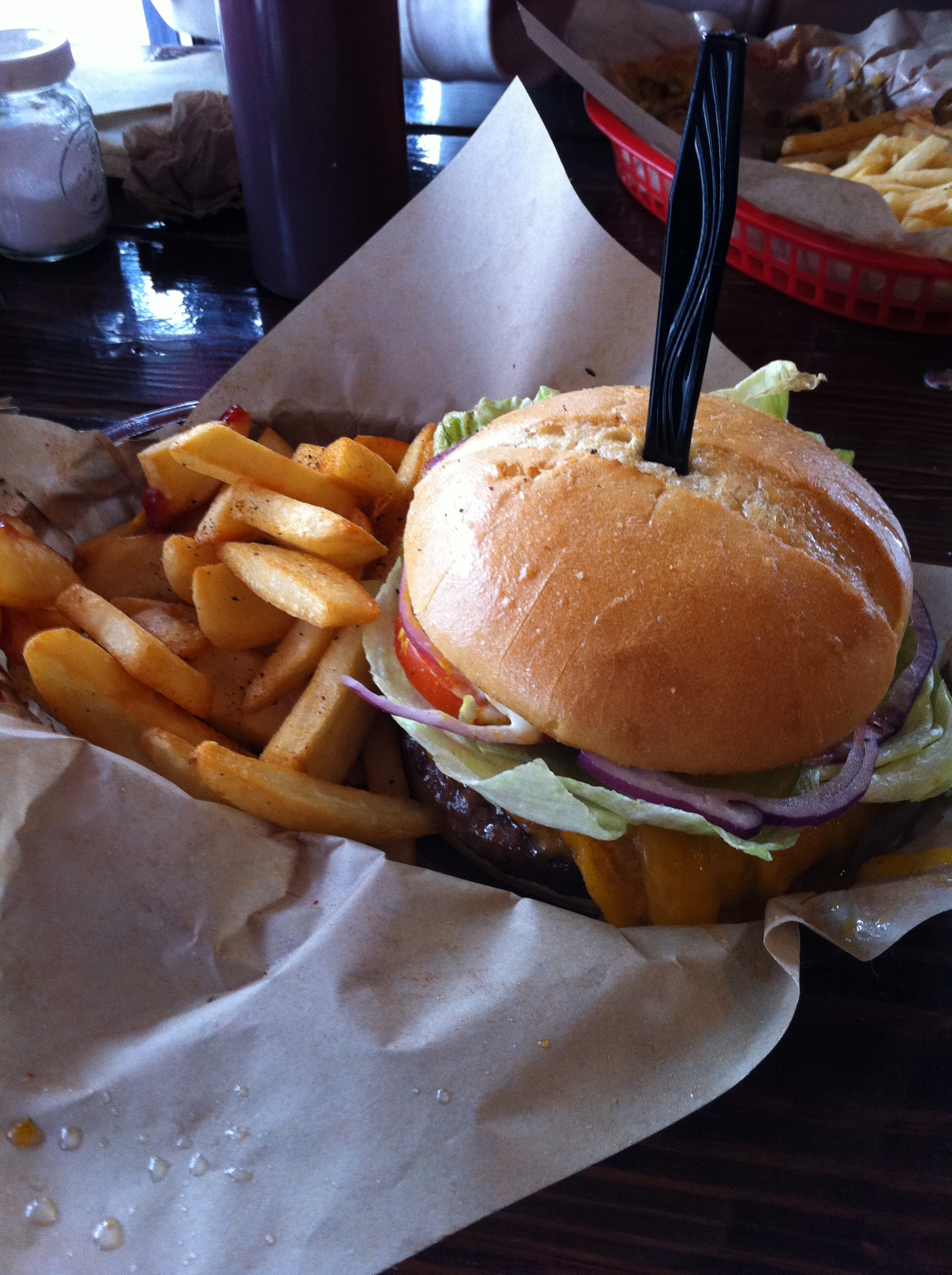 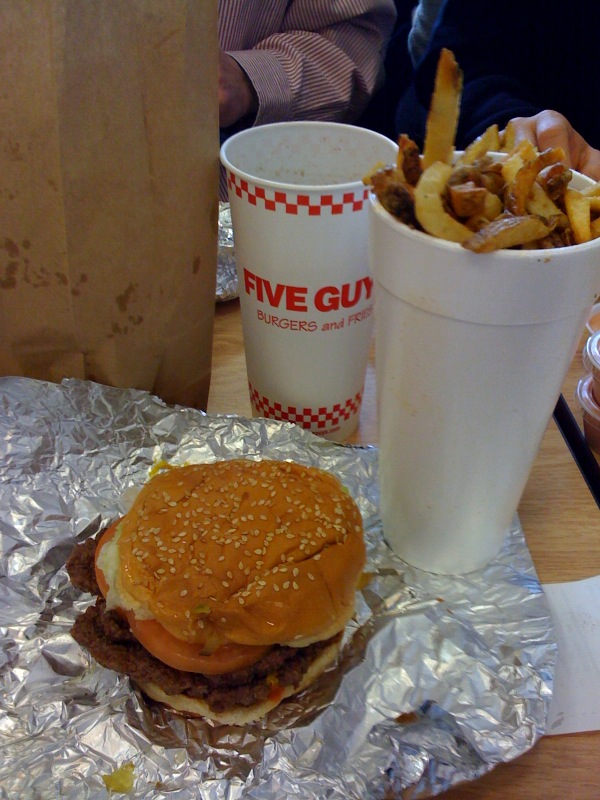 Five Guys is the best burger in town….any town!