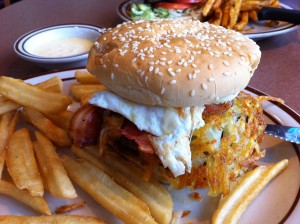 That’s right, Denny’s.Â  In an effort to try as many burger varieties as possible it was time to try a Denny’s burger.Â  I’ll admit I was skeptical going in but after looking at the menu and talking to the energetic Denny’s server it was decided that the new Denny’s Bacon SlamBurger was today’s burger of choice.Â  To think of anything except breakfast while at Denny’s was interesting but the menu made their burgers look amazing but I was still worried…until the mighty SlamBurger arrived.

What’s a Denny’s Bacon SlamBurger?Â  It’s a hand-pressed beef patty with hashbrowns, bacon, egg (cooked to your liking as is customary at all Denny’s locations) and a cheesy sauce between a sesame seed bun.Â  I’ve been known to recommend eggs on any burger and regularly tell people that an egg makes any burger better but to add hashbrowns, bacon and egg did not only look good on the menu it was impressive on the plate in front of me.Â  The burger took at most 10 minutes to be served and although the fries were nothing special this was a delicious burger.Â  Everything tasted fresh and the hashbrowns made for a nice contrast with the egg and beef patty.Â  The bun was a traditional mass-market bun and didn’t add anything to the burger but overall it was a very pleasant and nice surprise of a burger adventure. 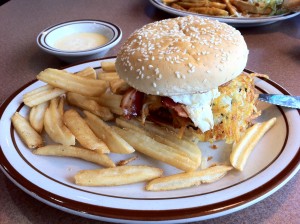 In talking to my burger eating partner we weren’t sure if it was a lack of expectations that made the burger so good or if it was really a good burger but with that said, I’m about to recommend Denny’s Bacon SlamBurger for anyone looking for a burger with flavor, egg and a rather unique combination of toppings.Â  Maybe try a side other than fries because they weren’t that great but I’ll probably be getting the SlamBurger next time I’m at Denny’s…whenever that is.Â  To wrap things up, the Denny’s Bacon SlamBurger was surprisingly tasty, great looking, unique and relatively inexpensive at about $6. 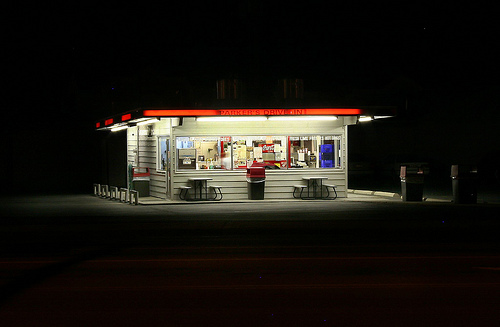 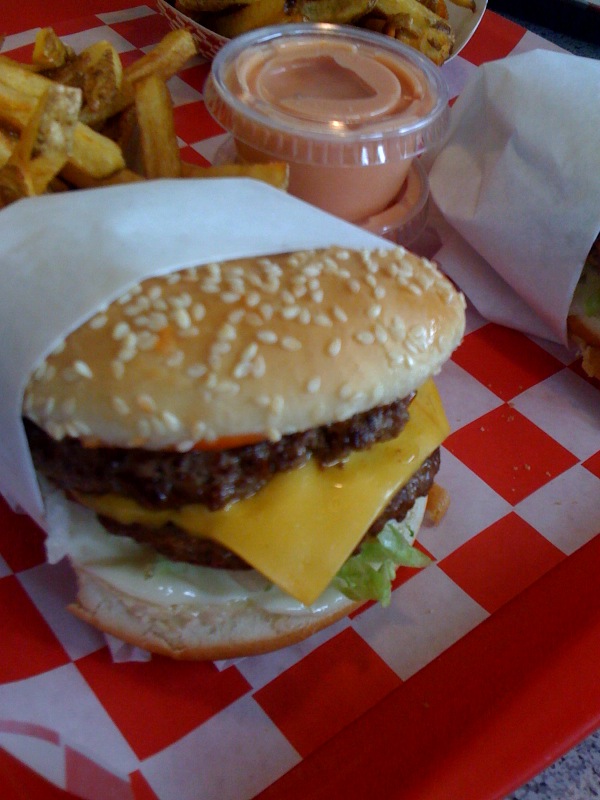 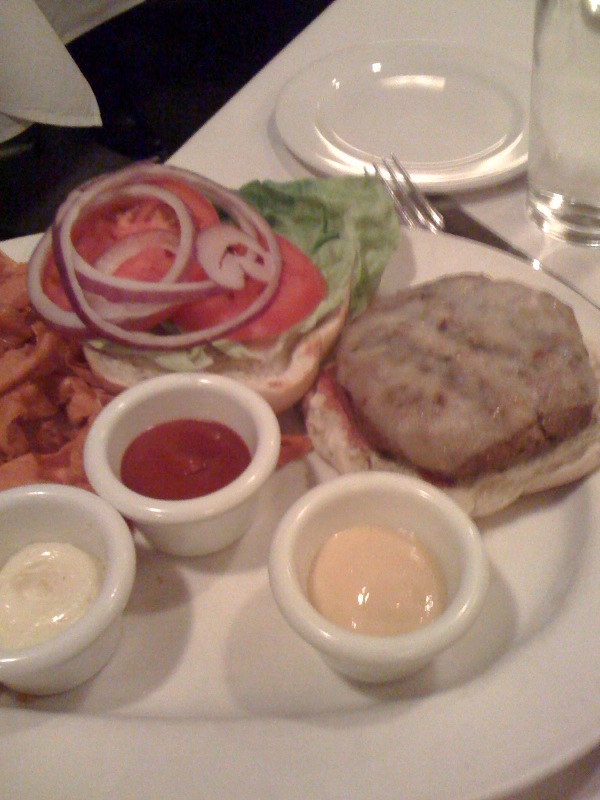