I think I’m turning Japanese, I think I’m turning Japanese, I really think so….or at least I’m thinking about it today.Â  Japan is the second largest economy in the world and even the burger gods know that.Â  Apparently Burger King is launching their newest burger there and went all out in Downtown Tokyo to promote this new Burger King “Angry Whopper“.Â  The idea: Scream away your frustrations for the chance to win a year’s supply of Whoppers. Can you imagine how much fun it would have been to be in downtown Tokyo, by a Burger King, and hearing people yelling things like, “I need a girlfriend” or “I need to pass my test”.

What is the Angry Whopper?Â  The Angry Whopper, introduced in December in the U.S., has jalapeno chili peppers and hot sauce, as well as a burger patty, onions, cheese, bacon, tomatoes and lettuce on a sesame seed bun.

Apparently the burger wars in Japan or intense with McDonalds leading the way and Burger King, having once left the country in 2001 only to return in 2007, still trying to figure out how to get the Japanese to pick Burger King.Â  Something tells me the Angry Whopper won’t quite do it but I still give them points for marketing style:) 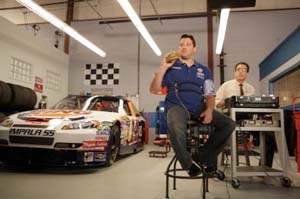 A Match Made in Whopper Heaven – Burger King + Nascar 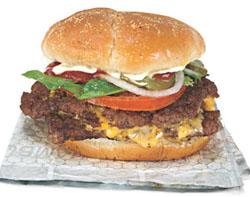